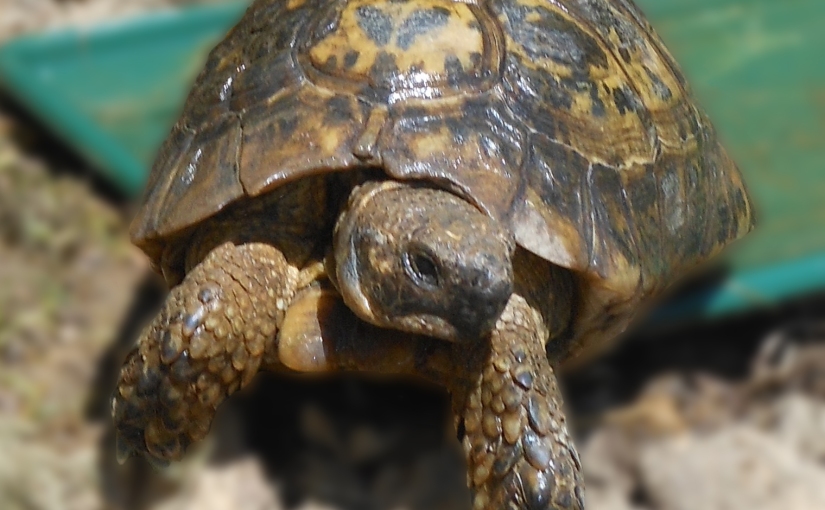 Coming out of my shell:

The memoirs of Jerry the Tortoise

“A fridge probably seems an unlikely place from which to introduce myself. After all, someone like myself, being a tortoise of Mediterranean descent, is more usually associated with warmth and sunshine.”

This is the diary of a slowbody. But just because he lives inside a shell, that doesn’t stop this unusual diarist from sticking his neck out, to take in the world around him.

Forced by war to leave his native North Africa and embark on his own personal odyssey via Greece to England, Jerry has of necessity learned to live alongside humankind: a species known to tortoises as ‘the bipeds’. Ever true to his own species’ motto – “Slow and steady wins the race” – Jerry quietly scrutinizes the human race itself, as he deals with deprivation, danger and injury. But he also encounters unexpected kindness, true empathy and help in desperate need.

During his long and eventful life, Jerry has keenly observed his hosts’ behaviour, habits and communication. The result is Jerry’s own tale of life amongst the bipeds.